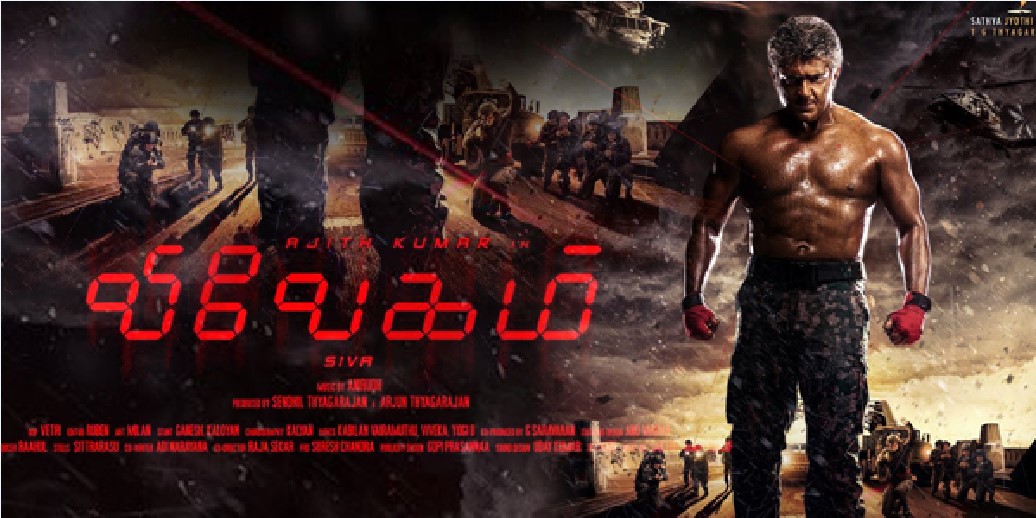 As per the reports, the film released in all over the world. In India, it crosses Rs. 69 crore and Rs. 36.50 crore in worldwide. In Chennai, it breaks the record of the high budget movie Rajamouli’s Baahubali. Baahubali 2 earned Rs 3.24 Cr in the three-day first weekend, Vivegam collected Rs 4.28 Cr in first three days of its release. All over Tamilnadu, it earned Rs.48.50Cr in first four days and it marks the record of the first movie crosses 4 crores in Chennai, in just three days.

The movie was released on August 24 for Vinayagar Chaturthi special, no other movie was released on that day. The tickets were sold out quickly, Thala fans are celebrating this film like as a festival at the releasing day. It is story revolved around the Interpol officer who brought down by his friends then it shows how he came up and do his work against his friends. The film is received so many good and bad reviews but it is not a problem for Ajith fans they enjoy the film only for Ajith’s hard work. Anirudh Ravichander composed the music for the film and it is a great strength to the film because for the action scenes the Bgm adds extra power.

In the first day, the movie earned Rs 33.08 crore Rs 20 crore on the second day. Industry trackers have already predicted the movie will earn Rs 100 crore by the end of the opening weekend. Whatever, the film crosses Rs.100 crore is the happiest news for Thala fans.