Aramm Trailer from Today: Aramm is an upcoming Indian Tamil language film which is written and directed by Gopi Nainar. The film is produced by  Kotapadi J Rajesh. Nayanthara acts in the lead role as the district collector. The music was composed by Ghibran.

Today the trailer of Aramm movie is released. Aramm trailer is about one minute and 52 seconds. From the trailer, it is confirmed that Nayanthara is the female lead as District Collector. The movie strongly hits the social message about water scarcity. 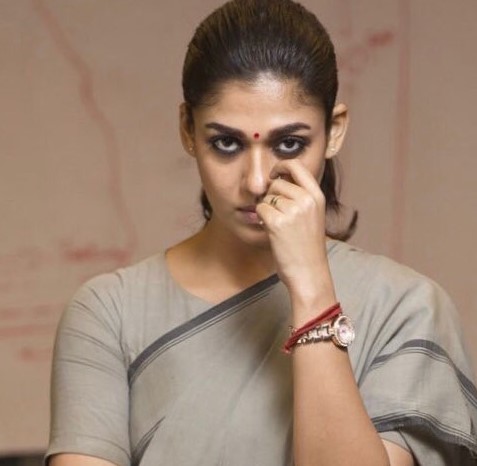 In the trailer, they have shown the Nayanthara’s bold acting and about the water scarcity being the major problem in the society these days. Being the collector Nayanthara is responsible and she has to provide a solution for the problem of the public. The dialogues in the film Aramm is on fire as it speaks about a social issue which currently people are facing.

For the Aramm Trailer, the response from the audience is warmly welcomed and they are expecting the movie to release. So Aramm movie is expected to be the second part of Kaththi which speaks about the deterioration of a village because of water scarcity.

The film cast is Nayanthara as IAS officer Madhivadhani, Vignesh, Ramesh, Sunu Lakshmi, Vinodhini Vaidyanathan, Ramachandran Durairaj, and P.V.Anandakrishnan. The Aramm was scheduled to be released in theatres on November 10.