Aval Movie Review: Aval is the horror thriller India film which is released today and hits the Box office. It is a trilingual movie released in Hindi, Tamil and Telugu languages. In Tamil, the movie is released in the name ‘Aval’, ‘The House Next Door’ in Hindi and ‘Gruham’ in Telugu.

The movie stars are Siddharth Narayan, Andrea Jeremiah, Atul Kulkarni, and Anisha Angelina Victor. The music was composed by Girishh. The film Aval is written and directed by Milind Rau and produced by Siddharth. The movie has got the positive response from the audience and the good reviews. The audience response about the film is that it has got good direction and production and finally the film is great. 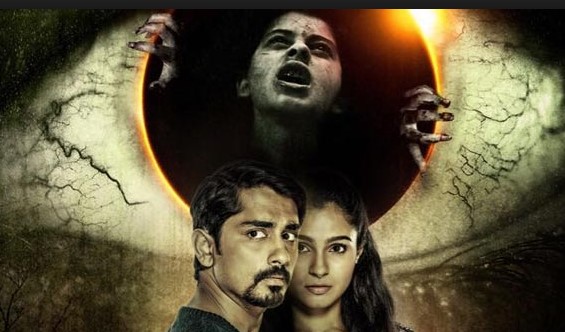 The movie is about a Neurosurgeon who saves the life of neighbors. Siddharth is a neurosurgeon and he is married to Andrea earlier in the film. Then they shift to place to enjoy their life to some other place. There comes the neighbor a child and her mother who has faced a lot of issues. How Siddharth saves the child and mother from the danger is the story which has taken in a different way.