Bengaluru Bulls vs Jaipur Pink Panthers: The 35th Interzone Challenge match of Pro Kabaddi League Season 5 is between Bengaluru Bulls vs Jaipur Pink Panthers which is going to held today. The match will start at 9 PM IST. The venue of the match is at Babu Banarasi Das Indoor Stadium in Lucknow. People can watch and enjoy the live match on TV channels such as Star Sports 2, 1 (Hindi), 1 (Tamil) and Star Sports 1HD, 2 HD and Star Sports First. The match can also be followed online which is live streamed at HotStar. 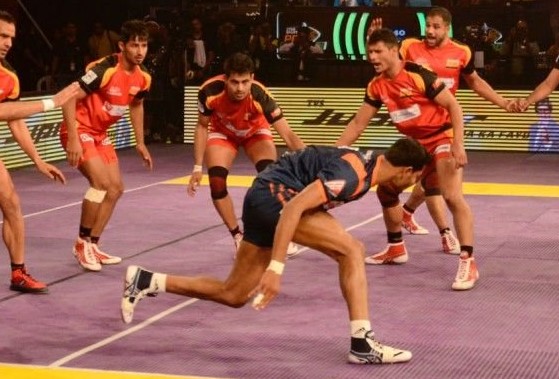