Bigg Boss Vote is going for this week again after a week. In this week, most of the fans out there are like to evict Julie from the show including celebrities. The Bigg Boss Tamil season 1 show hosting by Kamal Haasan, which turns as a most watchable Tamil television show and also having the most debate around this. From the audience, Jallikattu Julie had more support in the first-week of nomination. Also, she enjoyed huge support from the viewers. But late she lost all her support because of her inconsistent personality. Also, all the fans of Oviya hating him and like to evict from this show.

From the celebrities, veteran actress Sri Priya is currently active on twitter as a supporter of Oviya. She tweeted recently as “VeLiya pogaporenga sooooly.” In English, it means “You are going to be evicted, Julie). 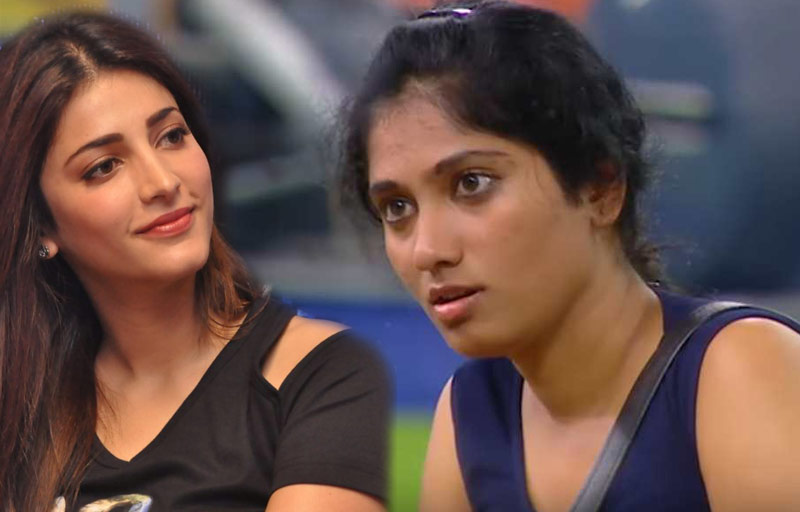 Kamal Haasan’s daughter Shruti Haasan has liked her post and supporting Oviya indirectly and dislike Julie. While in many interviews she said that she does not have time to watch the show because of the schedule.