Brazil vs Ecuador: The teams Brazil and Ecuador are going to face each other today in the World Cup Qualifying CONMEBOL. The game will kick-off at 8:45 p.m. ET /6:15 AM IST on Thursday, August 31, 2017. The venue of the match is at Arena do Gremio Stadium in Porto Alegre, Brazil. In the standing table the team, Brazil is in the first position with 33 points whereas the team Ecuador is in the sixth place with 20 points. 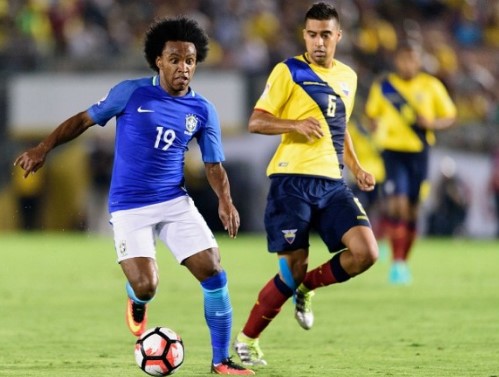 In the last five head to head records between these two teams in World Cup Qualifying – CONMEBOL, Copa America and International Friendly, Brazil won three matches and the other two matches ended in a draw. Hence it is predicted that in today’s World Cup match the team Brazil will win against Ecuador.

In the team Brazil, the players David Luiz and Douglas Costa are left out of the squad but the player Philippe Coutinho is continued to play in the match as he is in the match and he already missed the new Premier League season. In the team Ecuador, the player Jefferson Montero is not in the team as he got muscle injury.

The live match is broadcasted in the TV channels such as beIN Sports and the match can be followed online which is live streamed at fubo TV, beIN Sports Connect, and CBS Sports App.