Chennaiyil Oru Naal 2 is an Indian crime thriller movie which is written by Rajesh Kumar and directed by JPR. The film is in the Tamil language and it is a sequel to the movie Chennaiyil Oru Naal which was released on 2013. The main role in the film is lead by R.SaratKumar as a Police agent. 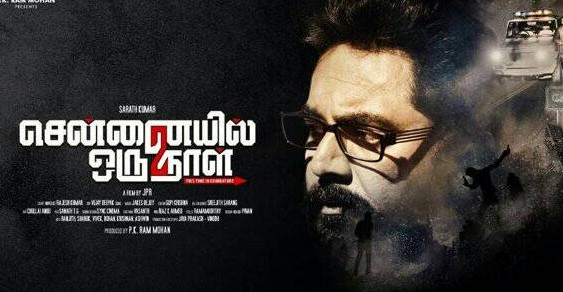 The story plot of the movie Chennaiyil Oru Naal 2 involves two bad guys who face the life with the force of good and bad. As the movie proceeds, they have to face many consequences on their own. Many dark secrets unravel and they manifest themselves and seek to face a series of violent events and finally, they themselves destroy the negative character with them.

The casts of the movie Chennaiyil Oru Naal 2 are R.Sarathkumar, Ajay, Napoleon, Suhashini, Muishkanth, Rajasimhan, Anjana Pream, and Sadhanya. The music of the movie is composed by Jakes Bejoy. The movie is scheduled to release from this Diwali which seems that they are ready to clash with the team Vijay’s Mersal.