Crotone vs Napoli: In the Italian Series A, the powerful team Napoli face against Crotone today. The game will kick start at 9:45 UK on Friday, December 29. the venue of the match is at Stadio Ezio Sciada (Crotone). In the past four head to head games between these sides, Napoli won three games and one game by Crotone.

In the last five matches, Crotone has won only one game and lost rest of the four games but Napoli has won three games, lost one game and the other game ended in a draw.  In the standing table of Italian Series A, Crotone is at the 18th place with 15 points but Napoli is at the first place with 45 points. Hence in today’s game, Napoli has more chance to win against Crotone. 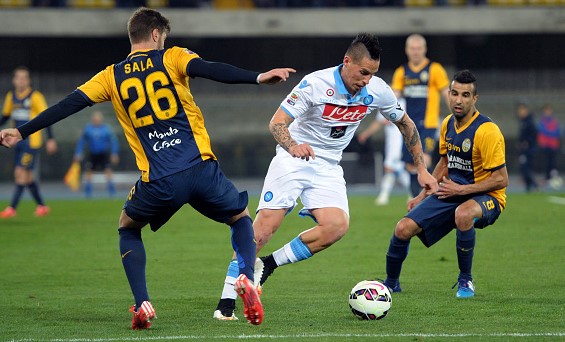 Marco Tuminello, Mariano Izco, Stefan Simic and Andrea Nalini will be missing in today’s game for Crotone. Duo Ghoulam and Milik are injured and Marco Rui is in suspension will be missing for Napoli team.