Swansea City vs Liverpool: In the English Premier League, the teams Swansea City and Liverpool take on each other today. The game will kick start at 8 pm GMT on January 22, 2018. The venue of the match is at the Liberty Stadium. In the last five head to head records between these two sides, Liverpool won three games and lost two games against Swansea City.

In the standing table of English Premier League, Swansea City is at the bottom of the table with 17 points but Liverpool is at the fourth place with 47 points. In the last five games, Swansea City has won two games, lost one game and drawn two games whereas Liverpool has won all the five games. Hence it is predicted that Liverpool will win this game against Swansea City. 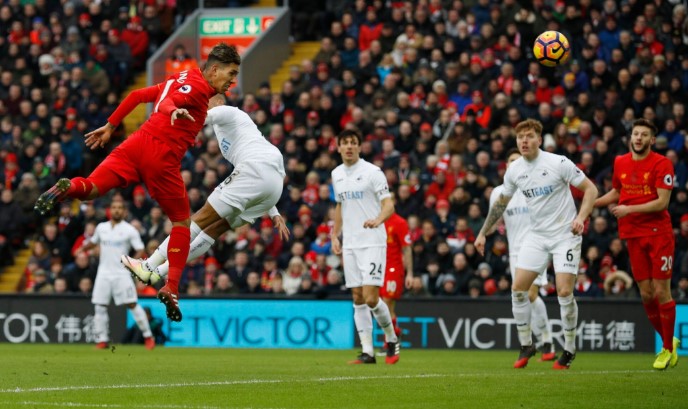 Liverpool’s Mohamed Salah has recovered from midweek illness and should be fit to start the game. Jordan Henderson remains unavailable because of a hamstring injury. Kyle Naughton is available for selection again after serving a three-match ban for Swansea City but Tammy Abraham is a doubt for the game due to an abdominal injury.