IND vs AUS: The 5th ODI of Australia Tour of India 2017 is going to held today at 1:30 PM IST. The venue of the match is at Vidarbha Cricket Association Ground, Nagpur on October 1st. Australia won the toss and Steven Smith opted to bat first. The Umpires of the match are Marais Erasmus, Nandan and the third umpire is Richard Illingworth. People can watch and enjoy the live match on TV channels such as Star Sports (Hindi, Tamil & English). The match is also live streamed online in Hotstar.

Australian Captain Smith said the ground seems dry and they wish to replicate the same as that of the last match. They have a change in the team as Kane Richardson is sick and he was replaced by James Faulkner. India Captain Virat Kohli has said that they have started the series well even in the last match, they have played good but Australia played well. India is happy as they have already won the two series this year against Sri Lanka and Australia. In this match, the pitch seems hard for bowling and they do their best. The team India has made Three changes, Umesh, Shami, and Chahal are out Bhuvneshwar, Bumrah and Kuldeep are in. 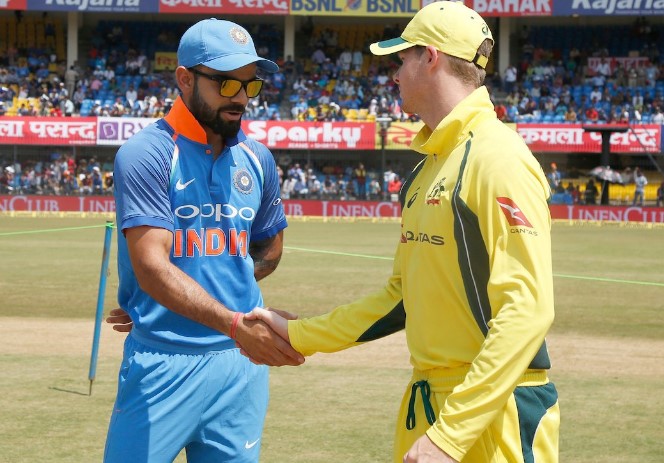 The important facts of the today’s match are Rohit Sharma needs 92 runs to reach 6000 runs in ODI. In this stadium, it is a note that MS Dhoni has scored two hundred in four ODIs. In the year 2009, he has scored 124 against Australia and 107 runs against Sri Lanka in the same year. It is predicted that India will win this match against Australia.