India vs Mauritius Friendly Match: India and Mauritius are ready to play the first match of the tri-nation football series today. The game will kick-off at 8 PM IST. The venue of the match is at Mumbai Football Arena. There are no previous meetings between these two teams. This is the first match that they are facing against each other. This is the important match for the Indian football coach Stephen Constantine as he is preparing the team for the AFC Asian Cup Qualifier against Macau. 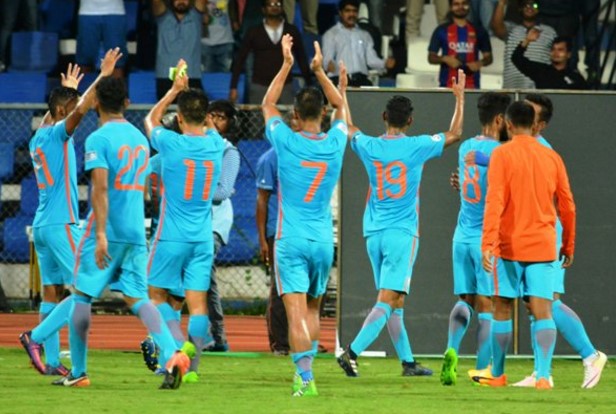 The match is live telecasted in TV channels such as Star Sports 1 and Star Sports 1 HD. People can watch and enjoy the live match which can be followed online as it is live streamed in HotStar and JioTV. It is predicted that in today’s match, India will win today’s match against Mauritius. The confirmed line ups will be updated soon.

Stay tuned for the live goal updates of the friendly match India vs Mauritius on this website.