Jai Lava Kusa Teaser: The Jai Lava Kusa is an upcoming Indian Telugu lingual movie which is directed by K.S Ravindra. It is an action drama. The film features Jr.NTR, Raashi Khana and Nivetha Thomas in the leading roles. The movie is produced by Jr.NTR’ brother Nandamuri Kalyan Ram and the banner has N.T.R. Arts. The music of the movie is composed by Devi Sri Prasad. The Cinematographer of the film is Chota K.Naidu.

The film Jai Lava Kusa was launched in February 2017. Currently Jr.NTR is hosting Bigg Boss Telugu reality show. His fans have eagerly waited for the teaser of the movie Lava. For the very first time, Jr.NTR is playing three different roles Jai, Lava, Kusa in the movie and he want to make his fans and audience happy by releasing three different teasers. 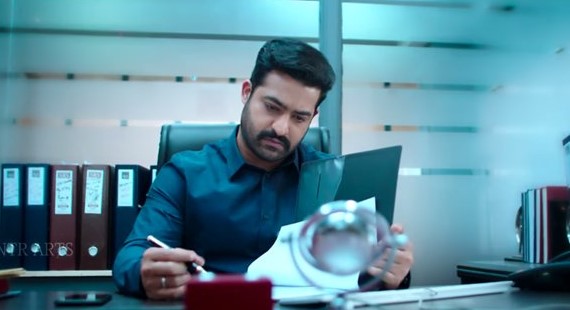 Finally, the teaser of the film Jai Lava Kusa was released and it was about 48 seconds. The looks of Jr.NTR in the teaser was awesome and the BGM of Devi Sri Prasad is also good. On seeing the teaser, the audience is eagerly waiting for the movie. Jr.NTR’s variation in all the roles is good. Now it became the most awaited movie in Telugu film industry. There comes a huge response from the audience for the teaser in twitter and other social medias.