Kamal Haasan demands Tamilnadu CM: Actor Kamal Hassan who recently hit the twitter by his messages against the Tamilnadu Government. He asks so many questions about the crimes & corruption happened in Tamilnadu. No any one answer to his questions and blame him unnecessarily for his tweets. Once again he strikes a blow at the AIDMK and DMK in Tamilnadu through his tweets. He demanded the Chief Minister K Palaniswami to resign his job due to over alleged corruption in the state. 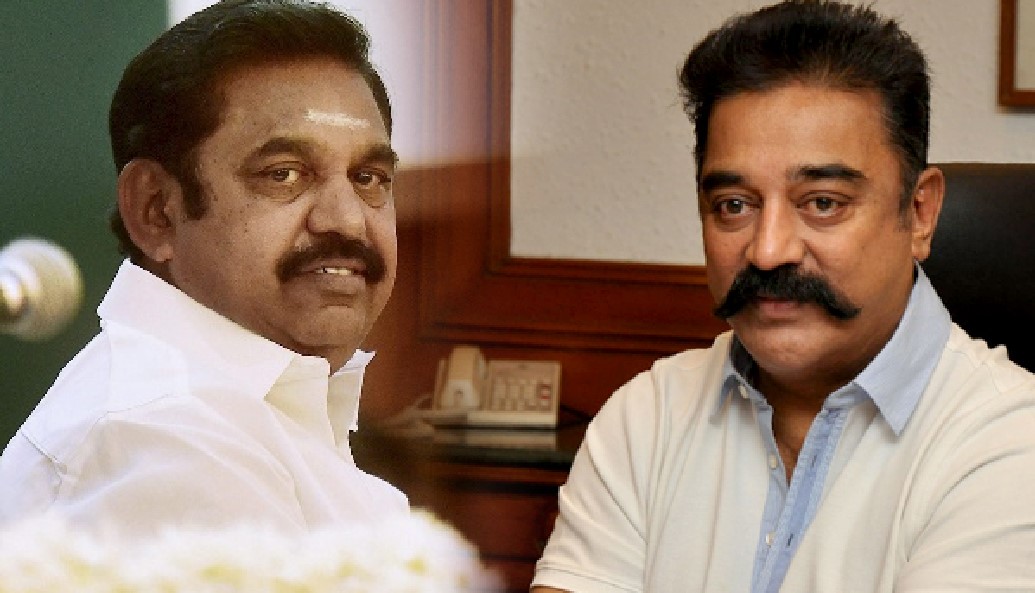 The actor tweeted, “If one state’s CM should resign for a mishap & corruption under his govt. How come no party calls for resignation in Tamil Nadu. Enough crimes were done.” Hassan went on to invite people “who are brave enough” to take a vow for a new freedom struggle, apparently against corruption.

The actor said that his aim was for a better Tamilnadu and describe AIADMK and DMK as tools. “My aim is a better Tamil Nadu. Who dares to strengthen my voice? DMK AIADMK & parties R tools to help. If those tools R blunt finds others,” he said.

When Kamal Hassan ask their fans and peoples to complain about the corruption and crimes happening in their area to the official website of the government. Nex day, the email id, phone numbers of all political persons are disappeared from the official website of the government. High Court demand to submit the answer about this case. While Kamal Hassan continuously strikes the questions Edappadi K. Palaniswami and their colleagues were don’t know what to do.

While Palaniswami had asked Haasan to join politics to elicit the response from the government, several of his ministerial colleagues had hit out at the actor asking among other things what his contribution was to the society. Haasan also said unless there was independence from corruption “we are all slaves”. “Those who are brave enough to take a vow for a new freedom struggle, come we will win,” he said. Kamal recently attends a function of DMK Party.