The film shot in India and it has mother-son sentiments in the second half. The film will be less than 2 hours. The film is in the post-production stage and it is censored with U/A certificate today. The film is scheduled to release on April 27 for Summer. 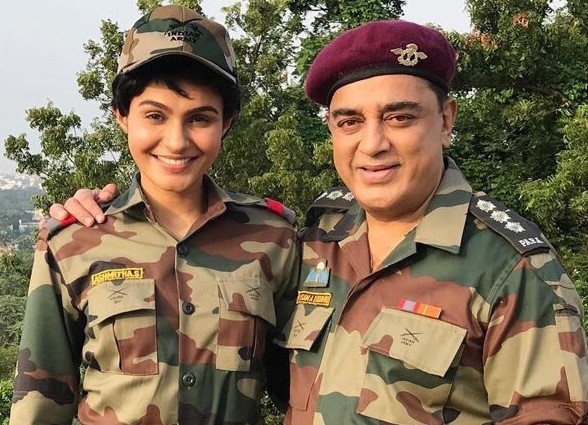 Currently, Kamal Haasan was busy in the Political schedule as he started his new party. It is also rumored that Kamal Haasan will host the Bigg Boss 2nd season in Tamil. However, there is no official news about it. The trailer for the film Vishwaroopam 2 will get released after the strike ends. In the current situation, cinema people do strike for the increase and so they have stopped shooting and theatres were closed in Tamil Nadu.