The film Theeran Adhigaaram Ondru was based on the true events. Rakul Preet Singh is acted along with Karthi. The other cast of the film is Abhimanyu Singh as Ohma, Bose Venkat, Scarlett Mellish Wilson, Matthew Varghese, Rohit Pathak, Jameel Khan, Kishore Kadam, Surendar Thakur. 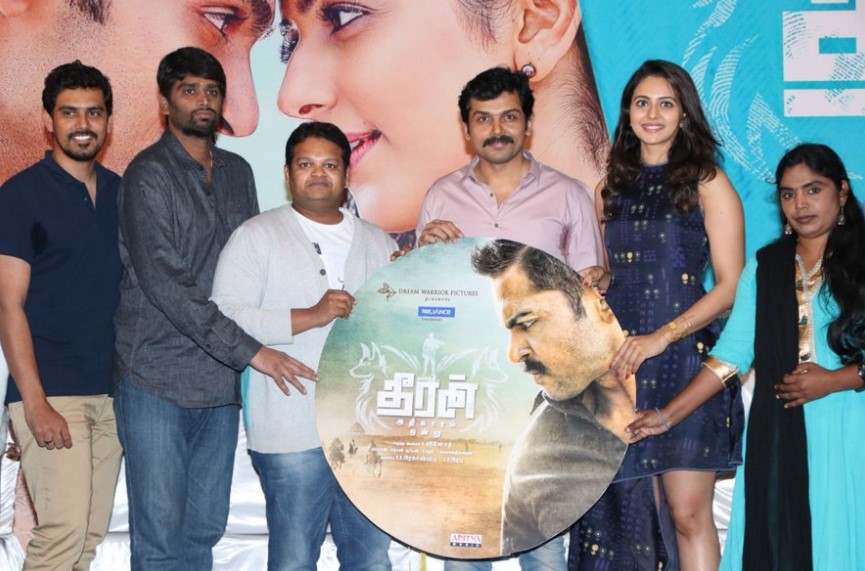 The film is produced by Dream Warrior Pictures. The music is composed by Ghibran. The film is scheduled to be released in theatres on November 17. Currently, the movie is in the post-production process.