In the last five head to head records between these two teams in English Premier League, two matches won by Liverpool, one match won by Arsenal and the other two matches ended in a draw. In the last five matches of Liverpool in UEFA Champions League, English Premier League, and Friendly matches, they have won four matches and the other match ended in a draw. 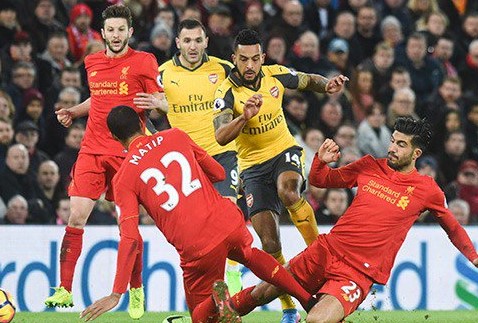 In the last five matches of Arsenal in English Premier League, English FA Community Shield and Emirates Cup, they have won three matches and lost three matches. It seems that both the teams Liverpool and Arsenal were good in the form. Hence it is predicted that in today’s match, Arsenal will win against Liverpool.

In today’s match of Liverpool vs Arsenal, in the team Liverpool, Philippe Coutinho will not be in the match as he is ill and Simon Mignolet rumored that he is not in the match. In the team Arsenal, the player Alexis Sanchez makes his first appearance for the team and the player Laurent Koscielny is back to the form after the ban.