Liverpool vs NK Maribor: In the UEFA Champions League of Group E, the teams Liverpool and NK Maribor face each other today. The game will kick start at 7:45 pm GMT on Wednesday. The venue of the match is at Anfield, Liverpool. Recently these two teams had their first match on October 17 in which Liverpool won against NK Maribor.

Liverpool is in the first place with five points and NK Maribor is at the bottom of the standing table of Group E with only one point in the UEFA Champions League. In the last five matches, Liverpool won two matches, lost one match and the remaining matches ended in a draw whereas Nk Maribor has won one match, lost three matches and the other match ended in a draw. 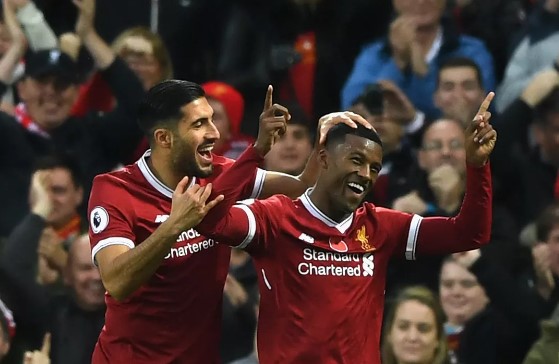 Dejan Lovren will miss out in the Liverpool team. Philippe Coutinho is in doubt with the hip problem, Sadio Mane (hamstring), Adam Lallana (thigh) and Nathaniel Clyne (back) remain sidelined due to injuries. It is predicted that Liverpool will gain victory against in today’s match against NK Maribor.