Liverpool vs Watford: In the English Premier League, the teams Liverpool and Watford face against each other today. The game will kick start at 5.30pm on Saturday, March 17, 2018. The venue of the match is at Anfield. In the last five head to head records between these sides, Liverpool has won three matches, lost one match and drawn one game with Watford.

In the last five matches, Liverpool has won three games, lost one game, drawn one game whereas Watford has won three matches and lost two matches. In the standing table of English Premier League, Liverpool is at the fourth place with 60 points, and Watford is at the 10th place with 36 points. Hence it is predicted that Liverpool will win this game against Watford. 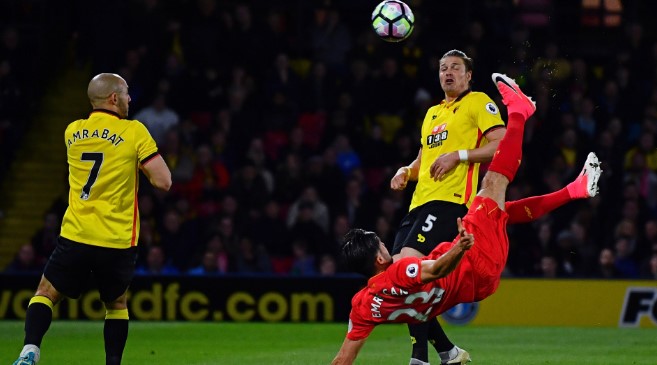