Own Twitter Emoji: Twitter India launched an Emoji for Mersal film and this is the first in South India that a film got an own Emoji. Actor Vijay’s upcoming film Mersal directed by Atlee starring Kajal Aggarwal, Samantha, Nithya Menon and SJ Suriya in lead roles. The film was a most expected film in Vijay’s career. Recently the single track of “Alaporan Thamizhan”, “Neethanae” songs are released and goes viral in all social medias. In this film, Vijay does three different roles as a panchayat head, a doctor, and a magician. So, the expectation for the film was increased day by day between his fans. 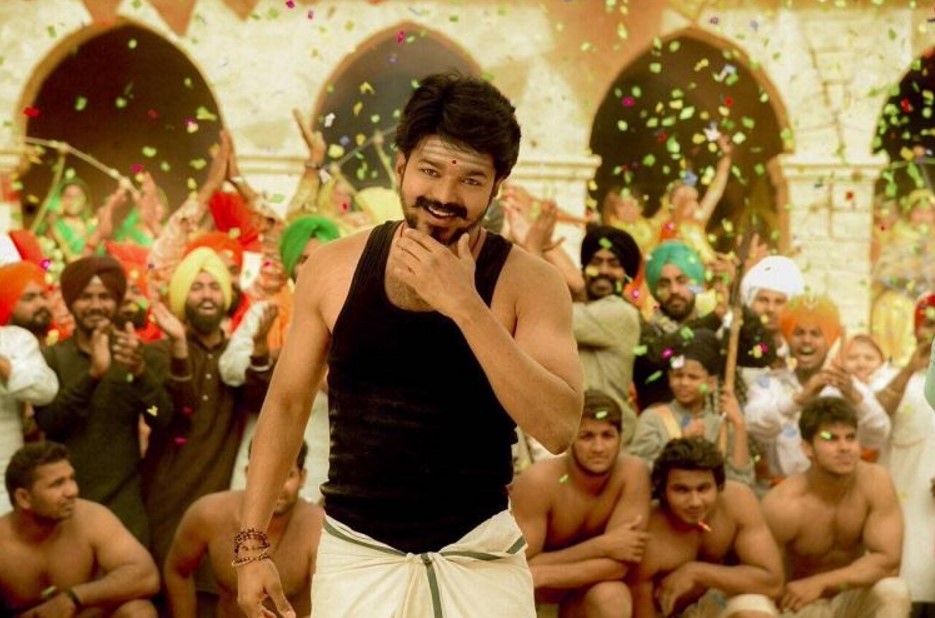 The Twitter released the emoji for the film on Friday. The microblogging site rolled out the emoji in a tweet on Friday. “Excited to launch the first-ever emoji for a #Tamil movie! Tweet with #Mersal to unlock the special emoji,” they tweeted. Within hours of the launch, the emoji has already gone viral.

Vijay fans and the film makers are feeling excited after hearing this news. This is the first film in Tamil industry to get an own Twitter Emoji. AR Rahman composed the music for the film and the audio launch was held on August 20 at 6.00PM and the launch was telecasted Live in SunTv.

Excited to launch the first-ever emoji for a #Tamil movie! Tweet with #Mersal to unlock the special emoji! https://twitter.com/actorvijay/status/898462790796460033

This is the 100th film to be bankrolled by Sri Thenandal films and it is Vijay’s second collaboration with Atlee after the Blockbuster hit film Theri. In the audio launch event, they planned to celebrate the Rahman’s 25th year in the music industry. The maestro’s first movie Roja had released in the year 1992.

The third single track of the film “Mersal Arasan” in the voice of GV Prakash was released on Thursday. GV Prakash officially announced the news on his twitter page. He wrote “Waiting for #MersalArasan with my voice for thalapathy. #MersalMusicLive #Mersalsong,”. Mersal is Vijay’s 61st movie. The film is expected to be released in October for Diwali. Stay tuned for more updates.