Aalaporan Tamizhan Song Teaser: After the great hit of the movie “Theri” of actor Vijay with small baby Nainika, which was directed by the young director Atlee Kumar has started his next movie with the same actor Vijay and the film was titled Mersal. Already the first look poster and title of the film and Vijay’s famous poster was released by the Mersal and team on the birthday of Ilayathalapathi Vijay on June 22nd birthday eve. 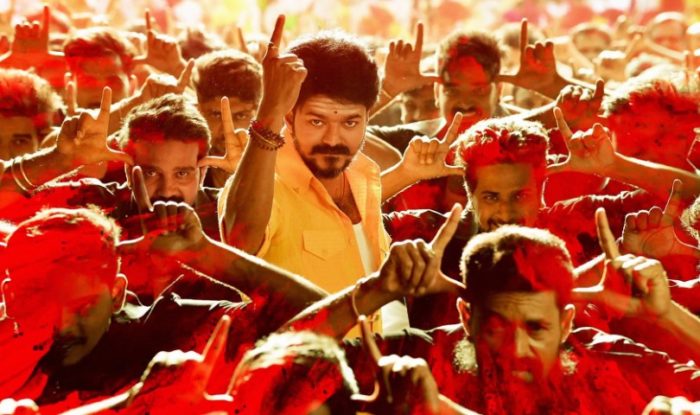 Today, the single track from the Mersal was going to get released for that the teaser has also been released by the team at midnight. The Music was composed by A R Rahman. The male leading role of the movie is done by Vijay and the female roles are played by three actresses, Nithya Menon, Kajal Agarwal and Samantha. The other casts of the movie are Sathya Raj, Yogi Babu, Vadivelu and Sathyan. The Villan role was played by SJ Surya. 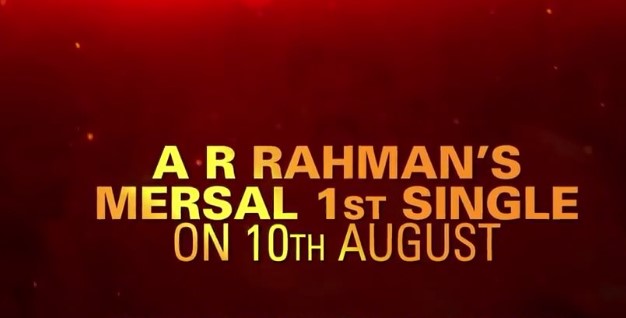 The movie Mersal was produced by Hema Rukmini along with N. Ramasamy on behalf of ‘Theandal Studio Studio’. Vijay is playing three roles in the movie. The Vijay Fans has good treat this month as the audio launch, the trailer of the movie and the movie release date will be announced within this month. The movie is in the post production process. The Audio Launch will be on August 20 for which Kamal Hassan and Rajinikanth famous celebrity of Tamil Nadu are expected to attend the audio launch. A single track from the movie ‘Aalaporan Tamizha’ is being released today.