MIA vs DEN: In NBA 2019-20 season, the basketball teams Miami Heat and Denver Nuggets play against each other today. The match will start at 7:30 AM IST on 5th November 2019. The venue of the match is at the Pepsi Center. Sony Sports Network has the exclusive rights to broadcast select NBA matches in India.

Nuggets are one of the favorites in the Western Conference as they have a deep roster a star starting five led by superstar Nikola Jokic. Miami Heat has taken over the east after two consecutive wins. Hence in this match MIA vs DEN, it is predicted that Miami Heat will win against Denver Nuggets. 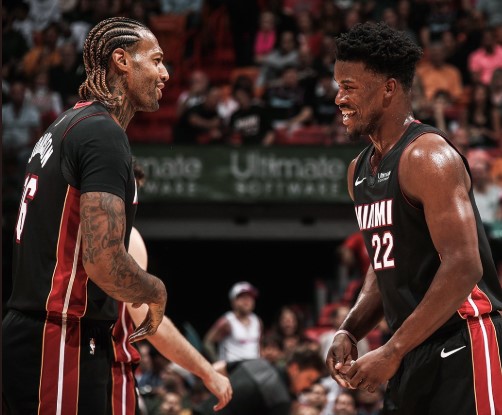 Denver Nuggets’ summer signing Bol Bol remains sidelined at the moment. For Miami Heat, Justise Winslow is listed as questionable for the Nuggets game due to a back problem, while Kezie Okpala(Achilles tendon) and Derrick Jones (groin) are certainly out of this match.

MIA vs DEN From Bench