CSK vs MI: In the Opening match of Indian Premier League (IPL) 2018, Mumbai Indians takes on the team Chennai Super Kings. The match will start at 8 PM IST on 7th April. The venue of the match is at Wankhede Stadium, Mumbai. Mumbai Indians are the defending champions whereas Chennai Super Kings were returned from a suspension of two years. So this is the most exciting match for CSK fans.

After IPL 2018 Opening Ceremony the match will begin. For the opening ceremony many Bollywood and Kollywood Celebrities have attended and performed and also the captain of all the teams has arrived. So far CSK has won two times the title winner of IPL in the year 2010 and 2011 and Mumbai Indians has won three times in the years 2013, 2015 and 2017. 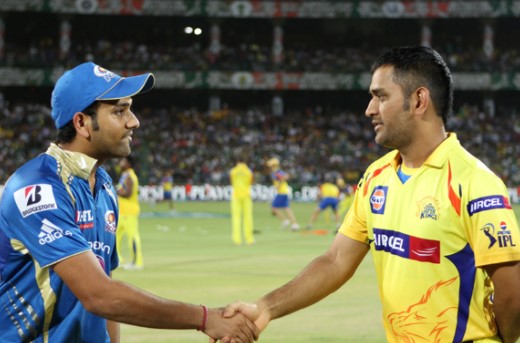 In the previous 22 head to head matches between these two sides, Mumbai Indians has won 12 matches. This game will serve as a subplot of the clash between two of the sharpest brains in T20s, Rohit Sharma vs MS Dhoni. The temperature is humid. The live match CSK vs MI can be watched on Star Sports network.

Shane Watson out for 16 runs. MS Dhoni Out with 5 runs. He was expected to score high but unfortunately, he was out. Currently, CSK has lost four wickets for 51 runs.