Naan Aanaiyittaal Movie Review: Palvaalthevan Rana’s next tribute in Tamil after Baahubali is “Naan Aanaiyittaal” film. It is a political thriller film directed by Teja, starring Rana Daggubati, Kajal Aggarwal and Catherine Tresa in lead roles. The film was dubbed from Telugu’s ‘Nene Raju Nene Mantri’, in Hindi as “Main Hoon Raju Main Hoon Mantri” and Malayalam as “Raja Kireedam”. The movie is yet to be hit the theaters today (August 11, 2017). 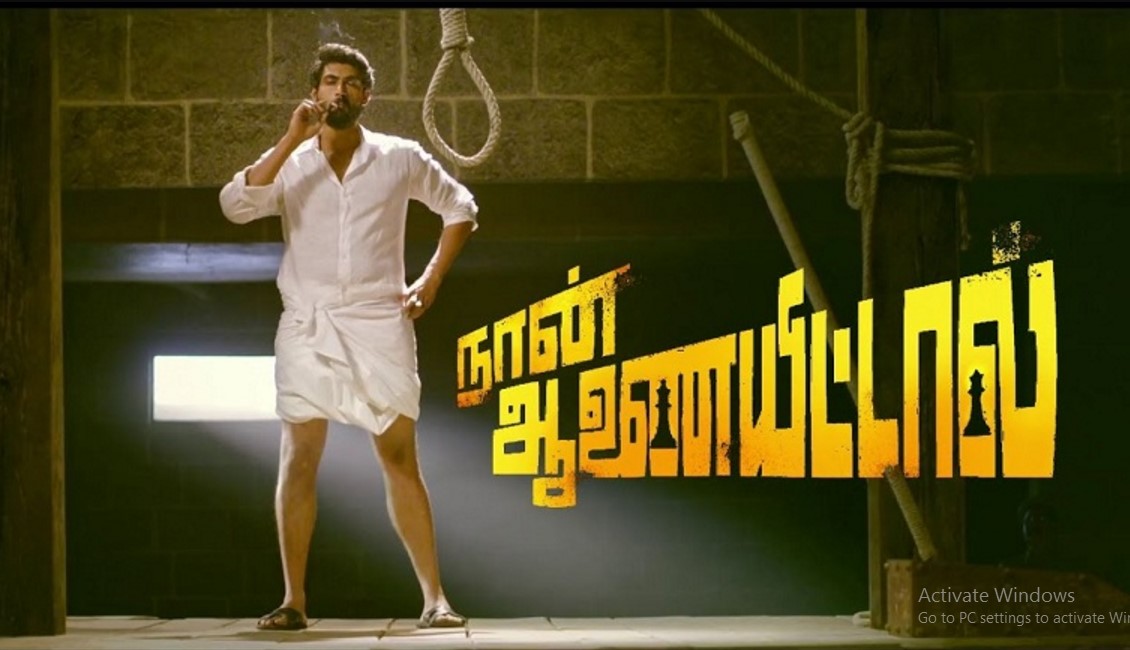 The story revolves around an ordinary man named Jogendra, who is a financier. He enjoyed his life with a lovely family. One day, his family was insulted by Sarpanch’s wife for taking revenge he wants to be a powerful person and enter into politics. Then he grows as a powerful person on the political side. But the steps he took will be wrong which a guy points out. This marks his downfall and finally, the court gives him a death sentence. What’s next? Watch the film in theatres to know the answer. Catherine Tresa plays the role of a TV Reporter. There is a confrontational scene and we can see the menace that an angry Rana can rouse up on screen. The scenes between Rana and Kajal was looking cute and romantic.

The first half of the movie went very interesting with lovely scenes of Rana and Kajal and Rana’s entry to the politics but the second half was little lagging. For the whole, the movie is worth to watch. As a lovely husband and politician, he does his role very well. We can see another Palvaalthevan in his political role.