Dhyan Chand has scored more than 400 goals in his International career and he continued playing till 1948, the time he was 42. He was awarded the Padma Bhushan in 1956 by the Indian Government for his continuous Contribution towards the Indian Hockey. Even after his retirement, he was the hockey coach chief National Institute of Sports in Patiala and he also taught Hockey in many coaching camps conducted in Rajasthan. Thus, he is the greatest sportsperson that India had ever produced. Hence Indian Government decided to celebrate his birthday as the National Sports Day. 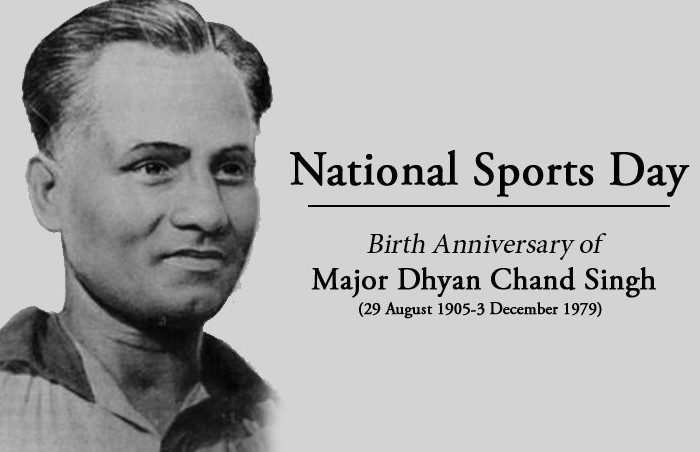 The National Sports Day is mainly celebrated in Punjab and Chandigarh. On this National Sports Day, many prestigious Sports awards such as Arjuna Award, Rajiv Gandhi Khel Ratna Award, Dronacharya Award are awarded to the sportsperson and coaches who make the country proud at the Rashtrapathi Bhavan.