Julie 2 Teaser: Julie 2 is an upcoming Hindi thriller film which is written and directed by Deepak Shivdasani and produced by Vijay Nair. The leading role in the film is done by Raai Laxmi. It is her first full-length Bollywood movie. Julie 2 is a sequel to the Shivdasani’s earlier film Julie which was released in 2004. The teaser of the Julie 2 was released today. The tag line of the film Julie 2 is Bold, Beautiful and Blessed.

Julie 2 is the 50th movie of Raai Laxmi. The teaser of the movie lasts for 47 seconds. The teaser of the film Julie 2 is released today on the social network Facebook, Youtube, Twitter, and Instagram. Raai Laxmi has worked hard for the movie by loosing 15kgs and also put in weight. The film Julie 2 is set to release on October 6. It will be the great treat for Raai Laxmi fans. The film is also set to release in other languages such as Telugu, Tamil, and Kannada. 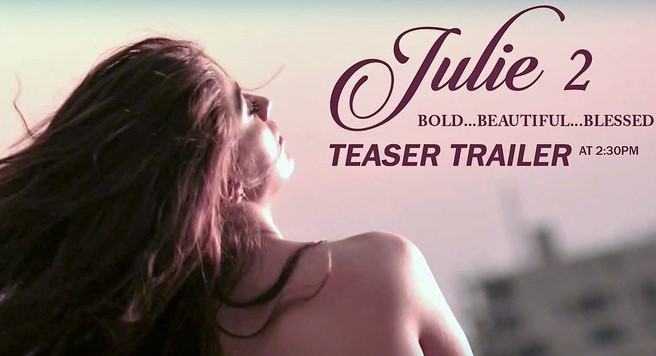 Stay tuned for the dates of audio launch, trailer release of the movie Julie 2 on this website.