Real Betis vs Valencia: The teams Real Betis and Valencia face each other today in the Spanish Primera Division. The game will kick start at 19:45 UK/ 20:45 CET on October 15. The venue of the match is at Benito Villamarín, Seville. In the previous head to head La Liga games between these two teams, Real Betis won two matches last year 2016 and one match won by Valencia in 2014.

In the La Liga games, Valencia has never lost any of the matches. In their past five matches, they have registered three wins and two draws. Real Betis are also in good form which secured three wins, one loss against Villarreal and one draw in La Liga matches. In the standing table of Spanish Primera Division, Real Betis is in the sixth place with 13 points whereas the team Valencia is in the fifth place with 15 points. Hence it is predicted that in today’s match Valencia will win against Real Betis. 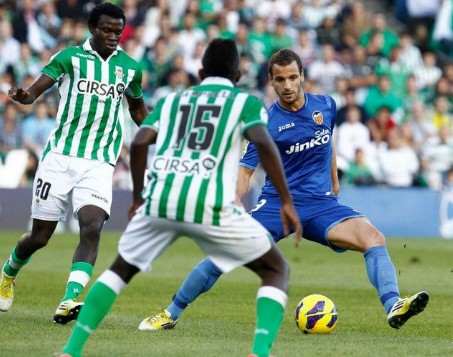