AS Roma vs Chelsea: The team AS Roma and Chelsea face each other today in the UEFA Champions League. The game will kick start at 7.45pm (GMT) on October 31. The venue of the match is at Stadio Olimpico. In the last three head to head records between these two teams, Chelsea won one match, AS Roma won one game and the other match ended in a draw. 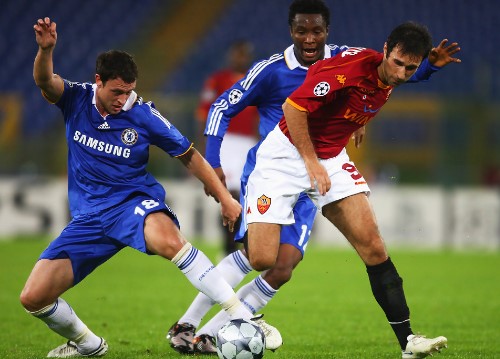 Defender Kostas Manolas of Roma will be missing in today’s match as he has thigh injury. Also, the teammates Bruno Peres and Rick Karsdorp are definitely out and the team will be without Gregoire Defrel. Chelsea may have N’Golo Kanté who returns from injury but Danny Drinkwater and  Victor Moses will be missing out due to an injury. It is predicted that in today’s match Chelsea will win against AS Roma.

AS Roma vs Chelsea Live Streaming

AS Roma vs Chelsea Predicted Line-Ups