RCB vs CSK: The team Chennai Super Kings after defeating Hyderabad are on the way to Bangalore to take on Royal Challengers Bangalore on 24th match of IPL 2018. This is one of the most exciting matches for cricket fans as the two Indian Biggest star Virat Kohli and MS Dhoni are in the charge of two sides. The venue of tonight’s match is at M.Chinnaswamy Stadium, Bengaluru.

It is a big test for Royal Challengers Bangalore to face Chennai Super Kings who are in a very good form. It is a match between current captain team and ex-captain team which will be the highly exciting match for cricket fans. Since it is a home match for RCB, it is predicted that RCB will win against CSK. 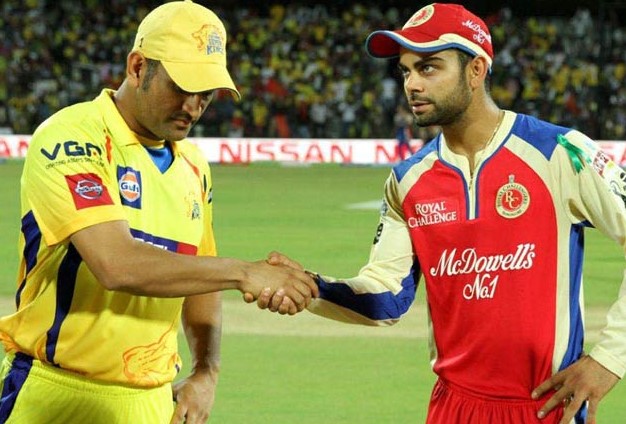 RCB has recently won against Delhi Daredevils by 6 wickets. In that match, AB de Villiers was unbeaten who scored 90 runs in 39 balls. Manan Vohra was brought in for RCB for Sarfaraz Khan. In today’s match, Parthiv Patel and Tim Southee may be in for de Kock and Siraj. De Kock and Siraj failed to impress so far in the matches so this change could work for RCB.

Meanwhile, Chennai Super Kings were at the top of points table by winning four out of five matches in this IPL season. Ambati Rayudu and Deepak Chahar are the reasons to win the previous match against Sunrisers Hyderabad. In CSK, Ravindra Jadeja failed to impress his role in bat and bowl. Hence there is a chance of a replacement for him where Harbhajan Singh in today’s match.

So far these two teams RCB and CSK played 21 matches head to head. Among those matches, RCB has won seven matches and CSK has won 13 matches. One match ended with no result. In the last five matches, RCB has won two matches and lost three matches whereas CSK has won four matches and lost one match. The live match of IPL RCB vs CSK will be broadcasted on Star Sports. The live streaming of RCB vs CSK will also be available on Hotstar and JioTV.