Saaho First Look: First Look Poster of the movie Saaho was released today on behalf of Tollywood most favorite and Handsome hero Prabhas. On the occasion of Prabha’s birthday who turns 38 today, the Saaho bilingual team has released the first poster for the film which will be a great treat for Prabhas fans.

In the still, Prabhas is on the street with the full black costume.The background is full of fog and it seems to be foreign setting. He was fully covered in black and even his bottom of the face was covered by a black scarf. His starring eyes was only focussed on the camera. 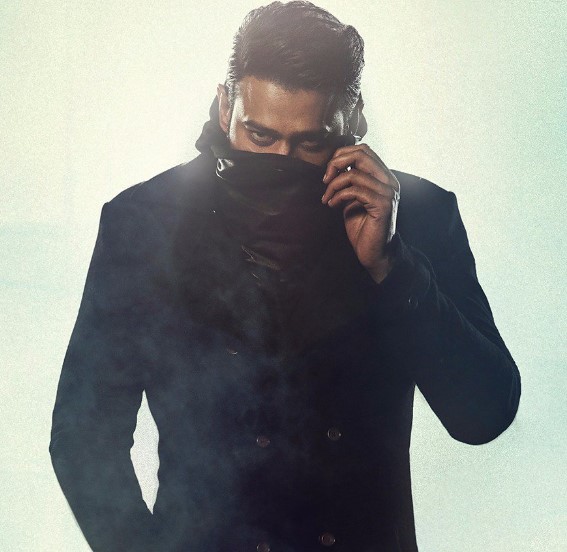 Saaho is the action thriller bilingual (Hindi & Telugu) movie for Prabhas after the huge success of SS Rajamouli’s epic film Bahubali 2: The Conclusion which released earlier this year in April. The female leading role in the film Saaho is played by Shraddha Kapoor. The Chief Antagonist role will be done by Neil Nitin Mukesh.

The film also stars Tamil actor and playback singer Arun Vijay and Malayalam actor Lal. Shankar–Ehsaan–Loy composed the music for the film. UV Creations and Dharma Productions are the producers of Saaho. Saaho is written and directed by Sujeeth and the fil was begun in June 2017. The film will be set to release on 2018.