Scotland vs Slovakia: In the World Cup Qualifying UEFA, the teams Scotland and Slovakia face against each other today. The game will kick-off at 19:45 BST / 14:45 ET. The venue of the match is at Hampden Park, Glasgow. So far these two teams have played only one head to head in WorldCup Qualifying UEFA last year. In that match, Slovakia won against Scotland with 3-0 goals. 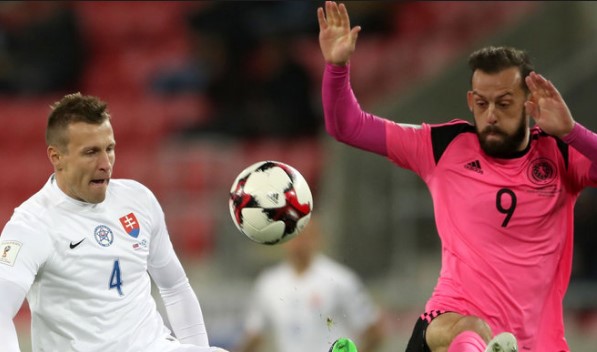 Stuart Armstrong and Scott Brown of Scotland was withdrawn from the squad due to injury and replaced with Callum McGregor. The key players of Slovakia are Robert Mak and Adam Nemec who are in the squad. Player Marek Hamsik is also in the squad who is ready win his 100th caps for Slovakia in today’s match.