Aval Movie Release Date: Aval is an upcoming Indian Horror thriller drama which is co-written and directed by Milind Rau. Siddharth and Andrea Jeremiah are in the lead roles of the film. Siddharth also worked for the film as a co-writer and co-producer.

This Horror thriller film is the trilingual movie which will be released in three Indian languages, Hindi, Tamil and Telugu under the title The House Next door, Aval and Gruham respectively. The team has announced the release date of the film today. The film will be released on November 3rd, 2017. 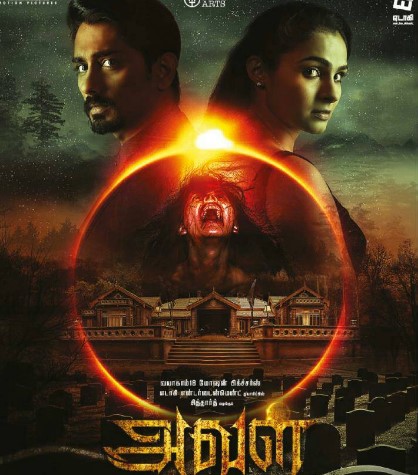 Viacom 18 Motion Pictures, Etaki Entertainment is the production company and the film is produced by Siddharth. Music for the film was composed by Girishh G. The film is releasing on the same day in all the three languages. This worldwide Tamil thriller movie which has rights for releasing in trilingual will be on theatres from November 3rd.

The film is most expected by the team as it is a long gap for Siddharth on the screen. The team and the audience are eager about the movie and hope it will be a worth watching movie of this year.