SL vs SA: The first ODI of South Africa tour of Sri Lanka, 2018 is scheduled today. The match will start at 4:15 AM GMT, 9:45 AM IST on July 29, Sunday. The venue of the match is at Rangiri Dambulla International Stadium, Dambulla. Already two test matches of the series were over in which both matches were won by Sri Lanka.

In the later one day warm match between Sri Lanka Board President XI and South Africa, South Africa has won the match by 63 runs. This will be the first ODI for South Africa after the retirement of AB de Villiers. Faf du Plessis is returned after the injury in ODI series against India in February. 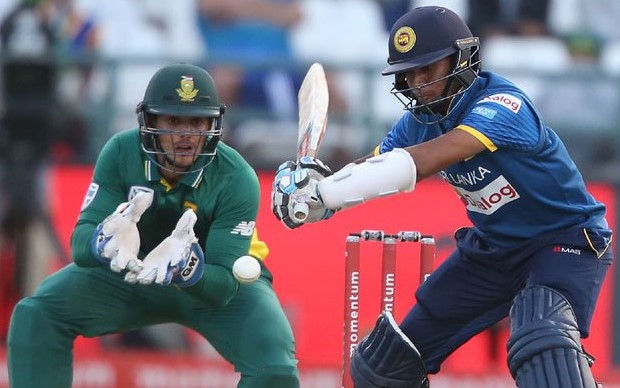 Sri Lanka will play without Danushka Gunathilka who is in a ban for six match due to disciplinary issues. The pitch condition is good and it favours for spinners and will be better for batting. However, it is predicted that Sri Lanka will win this first ODI against South Africa.