South Africa vs Senegal: South Africa takes on the team Senegal today in the FIFA World Cup Qualification Africa 2018. The game will kick start at 5 PM UK. The venue of the match is at Peter Mokaba Stadium. These two teams already met each other last time in which South Africa beat Senegal and the game is replayed after referee ban. In the last four meets between them, three matches ended in a draw.

Senegal is at the top with eight points and South Africa is at the bottom of the standing table of World Cup Qualification FIFA 2018 Africa in Group D. Last year there was a controversial clash in the game between South Africa and Senegal and the referee was given a lifetime ban and the match was replayed today. 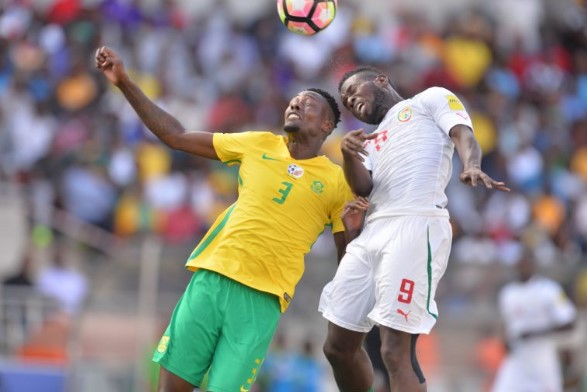 Thulani Serero of South Africa will not be in today’s match and also midfielder Hlompho Kekana who was back to the home due to a family tragedy. Sadio Mane of Senegal will be back as he declared himself that he is 100% fit from the injury but Striker Mame Biram Diouf is still out.