Stoke City vs Leicester City: In the English Premier League, Stoke City face Leicester City today. The game will kick start at 12.30 pm on November 4. The venue of the match is at Britannia Stadium, Stoke-on-Trent. In the last five head to head record between these two teams, Leicester City won two games, lost one game and the other games ended in a draw. 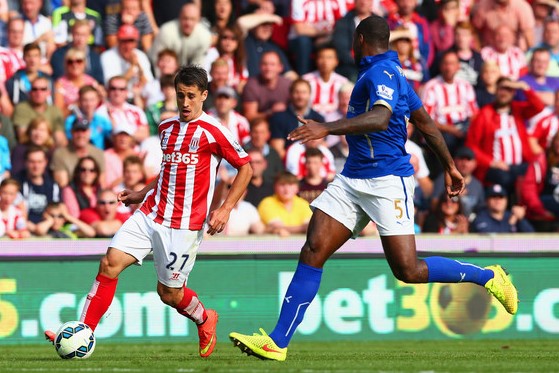 Stoke City captain Ryan Shawcross is in an injury and doubt in today’s match. Geoff Cameron is not ready to return after a concussion but the players Peter Crouch and Glen Johnson will be available for today’s match. Ben Chilwell of Leicester City is expected to be back from the minor knee injury. Robert Huth who suffered from the knee injury and continued to sit out. Midfielder Matty James who suffered from  Achilles problem will not be in the match. Adrien Silva remains unregistered until January.