Tottenham Hotspur vs Real Madrid: The teams Tottenham Hotspur and Real Madrid of Group H face each other today in the UEFA Champions League. The game will kick start at 7:45 PM GMT on November 1st. The venue of the match is at Wembley Stadium, Wembley. In the last four head to head matches between these two sides, Real Madrid won three games and one match ended in a draw.

Tottenham Hotspur is in the first place with seven points and the team Real Madrid is in the second place with seven points in Group H of UEFA Champions League. In the last five matches, both teams have won two games, lost two games and the other game ended in a draw. It is expected that the team Real Madrid will win this game against Tottenham Hotspur. 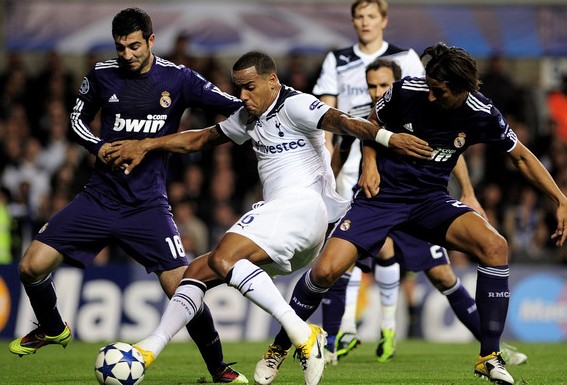 Harry Kane who has minor Hamstring complaint may be in the today’ s playing squad of Hotspur and also Erik Lamela will be back after a year who was suffered from hip injury. But Victor Wanyama will remain sidelined with knee injury. Real Madrid will miss Gareth Bale who is injured and the team also has no Dani Carvajal whose heart condition has to be continuously monitored. Defender Raphael Varane may be replaced by Nacho.