Judwaa 2 Movie Trailer Released: Finally, Varun’s Judwaa 2 movie was released yesterday. In that Varun playing two roles as Raja and Prem. The Judwaa movie released in 1997 still remained in our heart. So, audience expecting more from Judwaa 2. The Trailer shows the life of twin brothers and their activities which lead the film as a comedy-drama. 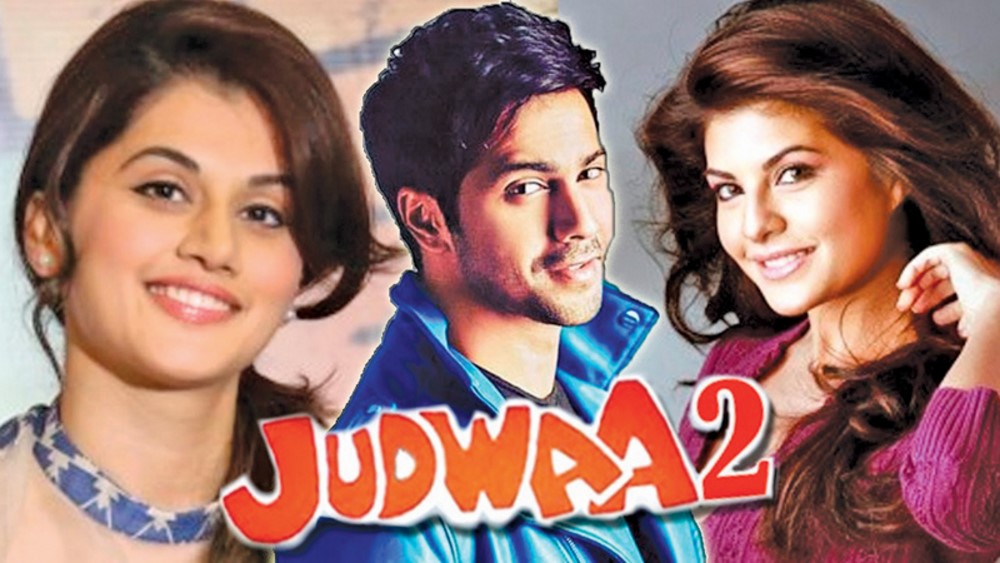 Varun officially announced the release of the trailer on his Twitter page as ” #judwaa2 trailer out http://tomorrow.Meet  Alishka @Asli_Jacquelineand Samara @taapsee”.

The story is similar to the first Judwaa film. The twin brothers who are separated after birth are again joined to defeat their enemy. Jacqueline Fernandez and Taapsee Pannu are playing the female lead roles and Salaman Khan appeared in a surprise role. Overall the film gives a mass entertaining to the peoples with full of comedy, dance, and fun.

The Trailer also gives some powerful dialogues and some of the scenes are a copy of the original film. With Judwaa 2 being recreated by the king of comedies David Dhawan himself, who also directed the first one, and his son Varun in the lead role, we expect nothing but a blockbuster. Varun Dhawan shared a post a few hours before the trailer launch, which read, “Today is the day #judwaa2. A lot has gone into making this film a reality the trailer will be out at around 1 pm. I love you guys.”

Judwaa 2 is produced by Sajid Nadiadwala and co-produced by Fox Star Studios, a Nadiadwala Grandson Entertainment Production. The movie is expected to be release on Dussehra, September 29. This is the second film of this year for Varun after Badrinath Ki Dulhania.Stay tuned for more updates.