Vivegam Thalai Viduthalai: It is the title of the second single from Thala Ajith’s upcoming Vivegam film. Lastly, a song was released under the title of Surviva with the voice of YoGi B and Mali Manoj. Now, this is Thalai Viduthalai. Director of this film, Siva announced that the team of Vivegam has successfully completed their shoots and he thanked Thala fans, Media, Cinema lovers and all respective families through his Tweet.

Also, he announced on July 6th Thursday that the second and next single of Vivegam will be launched on coming Monday evening at 6 PM. Also, the music composer of the film has shared his happiness about to launch his next track of Vivegam on July 10. In his tweet, he announced a hot news which is the next single belongs to the lyrics of director Siva. His tweet reads that “Our Director Siva turns full-fledged lyricist”.

After the biggest response of the teaser of Vivegam movie and the first single. The next biggest surprise is waiting for Thala fans. However, the Vivegam teaser has reached five million views within 12 hours from its release. At present, it crossing 17 million views on YouTube. 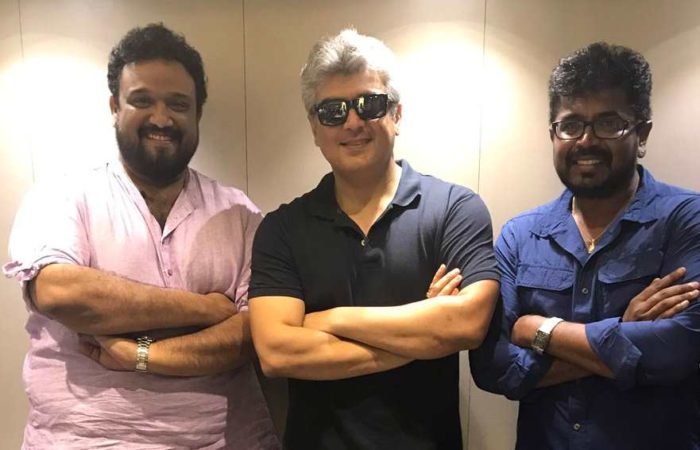 Apart from the lead Thala Ajith, the movie consisted of the other artists like Vivek Oberoi, Kajal Aggarwal, and Akshara Haasan. Director Siva who already directed last two blockbusters with Ajith is also had the responsibility of screenplay and story of this film. He rejoined with Anirudh Ravichandran after a massive hit and response for his Vedhalam music. So, his music will also be notable in this film. Sathya Jyothi Films is doing bank role for this film.

It is expected that by the Vivegam team that the second song will also get the same or more response than the first single which released recently. All the thala fans and Anirudh music lovers are waiting for the second song of Vivegam. After the release of the second song, the team will announce their next update regarding other songs and trailer.

So, Vivegam team is now moved to the post production process without any announcement of movie release date. While Ilayathalapathy Vijay’s Mersal team working in a fast face along with the big team like A.R. Rahman and Thenandal Studios. However, Mersal will be the treat for this Diwali.

Stay tuned for more updates regarding the release of Vivegam and other latest news around the film.