GST or Goods and Service Tax is a tax reform that changed the taxing reform of the country. The main motive of this tax is to make sure that there is a uniform taxing structure in the country.  GST has combined all the indirect taxes of the country into one. The introduction of GST has allowed a flow of input credit.

However, GST could not be introduced in a country like India without dividing it into various components. India is a quasi-federal country, gives power to both the center and the state. Therefore, both of them have the power to levy GST and collect taxes from the people. This is what we call the dual model. 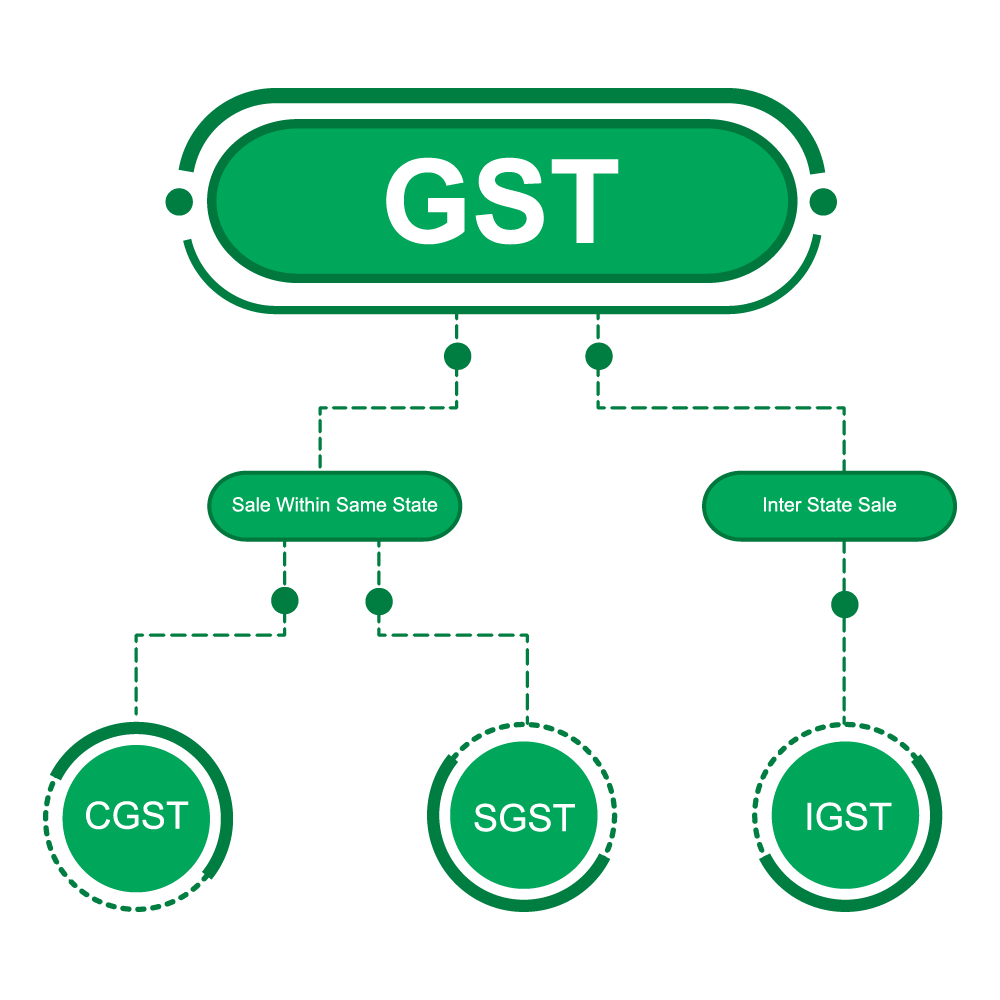 The components of the GST are as follows:

The various sections under the CGST Act talk about the implementation of the taxes on goods and services.

The liability to pay this tax arises at the time of the supply of goods and services. This is mentioned in sections 12 and 13 of the act.

However, this tax is divided between the Centre and State.

This is a tax that is levied on all the Union Territories. The union territories that come under the ambit of this tax are :

The two types of supply are as follows:

When the location of the supplier and the place where the supply needs to be made are in the same state, it refers to intra-state supply. When such a supply is in question the seller will have to collect both the central tax as well as the state tax. The CGST gets deposited with the central government and SGST gets deposited with the state government.

Both the taxes are allotted to the respective governments in question.

Input Tax Credit is beneficial to a  taxpayer as he can pay off his output tax liability immediately. The CGST Act talks about the utilization of ITC. Both CGST and SGST can utilize their ITC in the manner that is prescribed in their act.

Under the earlier tax regime, the center and the state had their powers and functions. They collected taxes differently and had their own procedures and implementation method. Sometimes, the same goods and services were taxed more than once which burnt a hole in the pocket of the taxpayer.

Under GST, this no longer happens. There is a uniform method as GST has various components to ensure the proper implementation of taxes on goods and services.

Find Out Which Mortgage Is The Most Suitable For You

ABOUT US
We are South India based news bloggers running News 24x7 since 2012. Our goal is to provide latest trending news updates from all popular news categories. If you need any guest posts, sponsored article, press release or any if you have any other advertising queries, contact us.
Contact us: bhuvibiz@gmail.com
© NEWS 24x7 - 2019