Vivegam Trailer: Vivegam is an upcoming Indian Tamil language movie which is set to release on August 24. It is a spy thriller film which is written and directed by Siva. The film features Ajith Kumar who is called Thala in the Kollywood is the leading male actor and Kajal Agarwal and Kamal Hassan’s second daughter Akshara Hassan is introducing in this film and the negative role is played by Vivek Oberoi.

Today the most awaited trailer of the Vivegam is going to be released on August 17, 12:01 AM IST. The teaser, Lyrical video for the songs Surviva and Thalai Viduthalai are already released in Social Media which was most welcomed by the audience. That creates the interest among the audience for the release of the movie. The team has decided to release the trailer of the film today. For that, the Ajith fans are eagerly waiting for the trailer. The music director of the film is Anirudh Ravishankar. 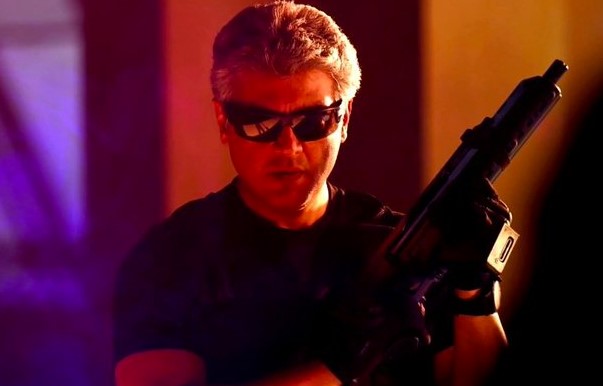 The trailer of the Vivegam is about 2 minutes and 24 seconds. They have shown the mass scenes of Thala Ajith which will be loved by all and celebrate by his fans. Also, they have shown romance scenes between Kajal Agarwal and Ajith for a few seconds. The trailer is well and good that increases the interest to watch movie among the audience. The Background Music by Anirudh was Awesome.

70% of the film was shot in Europe country. It is an action thriller movie. The songs are already released which got a huge response from the audience. Especially the songs ‘Surviva’ and ‘Thalai Viduthalai’ is most popular among people. Ajith fans are eagerly waiting for the movie. Pre Booking for the show of movie is already started in many theatres and the tickets are seemed to be full for the first three days.