Anando Brahma Movie Review: Anando Brahma a horror- comedy drama starring Tapsee Pannu in the lead roles. The film was directed by Mahi V Raghav and this film also takes a place in the usual story of horror movies list. 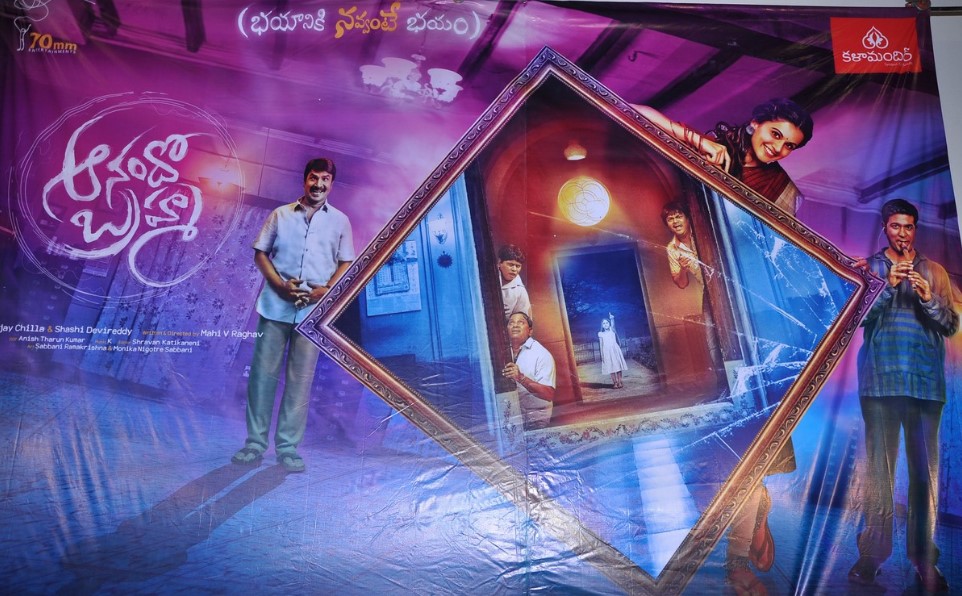 The story of the film revolves around an old home that is haunted by four innocent ghosts. Ram (Rajeev Kanakala) is the owner of the ancestral house. He was settled in Malaysia leaving his parents in home town. Then his parents adopt two orphans including Tapsee. Suddenly, the parents were disappeared no one knows what happened in the house. They don’t know how they died or why. When Tapsee realizes that she is no longer alive she decides to remain in the house and prevent it from being sold until she finds what happened to her foster mother. And yes, also find out why isn’t she dead like other family members.

While Ram decides to sell the property and asking help to his police friend and some other real estate agents. Soon the agents realize the activity of ghost in the house. The police officer played by Raja Ravindra who doesn’t believe that the house is haunted plans to exploit the situation to his advantage. He plans to make Ram sell the house at a throwaway price. So, he arranged Srinivas Reddy to stay in the house to prove there was no ghost. Srinivas Reddy takes Vennela Kishore, Tagubothu Ramesh, and Shakalaka Shankar along with him to the house. So, the war between the human and ghosts are started.

The comedy scenes between the housemates and Tapsee make the audience laugh. The acting of Tapsee was really good but the director did not know how to move the story to next level. With some ups and downs, the film is worth to watch. The scary face of Tapsee made really horror to the audience.

Audience response:  A Usual story with little scary moments, Suspense of their dead was good, The comedy scenes make the audience laugh but did not score more. Tapsee role was really scary.