India vs Australia 2nd Test: After a huge defeat in the first test, India meets Australia in the 2nd Test of the 4 match series today at Bangalore. India won the toss and chose to Bat first. Murali Vijay was replaced by Abhinav Mukund and started the 1st innings with KL Rahul. But Mukund got out for duck and followed by Nathan Lyon’s tactical spin bowling, Indian players were unable to handle the pressure. Wickets were fallen so frequently and none of the players supported KL Rahul.

Pujara, Kohli and Rahane were fallen cheap for 17, 12, 17 respectively for the Australian spinners Lyon and Keefe. Karun Nair scored 26 runs and tail enders fallen soon. First Innings of India comes to an end for 189 runs in 71 overs. Australia started their first innings with a strong basement, David Warner and Renshaw started slow and steady innings. At the end of the day 1, Australia scored 40 for none. 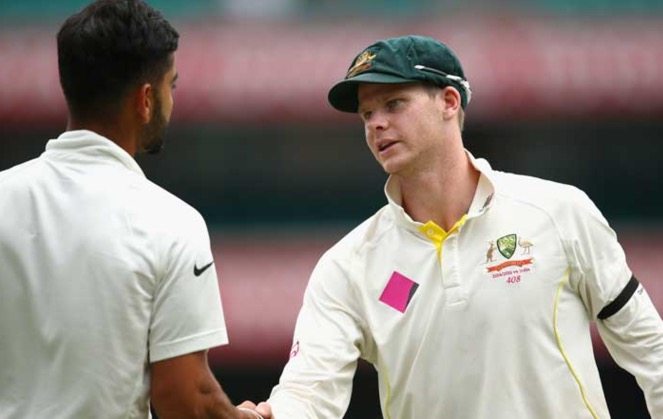 India need to take the wickets soon on the second day to stay alive in this match. Let’s see how Indian bowlers gonna react tomorrow, it is all in Ashwin and Jadeja’s hand.