RCB vs SRH: The 51st match of the Indian Premier League is between Royal Challengers Bangalore and Sunrisers Hyderabad. The match will start at 8 PM IST on May 17. The venue of the match is at M.Chinnaswamy Stadium, Bengaluru. Kane Williamson and team won the toss and opt to bowl.

In the last match, RCB won by 10 wickets against KXIP. In the points table of IPL 2018, SRH is at the top with 18 points and the team RCB is at the seventh place with ten points. It is the 13th match for both the teams. Hence it is predicted that Royal Challengers Bangalore will win this match against Sunrisers Hyderabad. 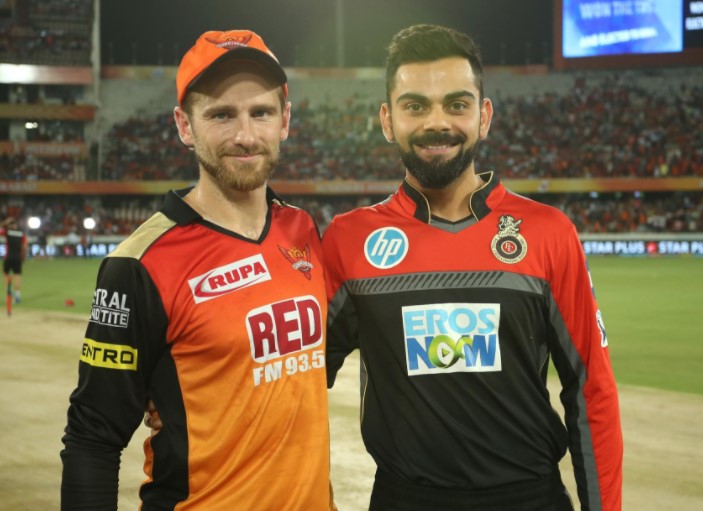 RCB had a good start. But Patel and Kohli were out with simple runs. Then AB de Villiers scored 69 runs. Moen Ali, Grannehome, Sarfaraz Khan has scored well and set the target of 219 runs for SRH. Hope RCB will defend well in this match.

Sunrisers Hyderabad also started their batting good. But they soon lost the first two wickets. Followed by Kane Williamson and Manish Pandey had a good partnership by scoring 81 runs by Williamson and 62 runs not out by Manish Pandey. Williamson was caught out at the end. Their hard work fails as they lost the match.

The live match of Royal Challengers Bangalore vs Sunrisers Hyderabad live streaming will be broadcasted on Star Sports network. The IPL RCB vs SRH live streaming is also available on Hotstar and JioTV.