Judwaa 2 Poster & Trailer: Judwaa 2 is an upcoming Indian Hindi action-Comedy entertainer in Bollywood which is mostly awaited by the audience. The film is directed by David Dhawan which is the sequel to his film Judwaa that released in 1997 starring Salman Khan, Karisma Kapoor and Rambha was a major box-office success. Varun plays the leading double role and the picture is out. The other casts are Jacqueline Fernandez and Taapsee Pannu.

Today, 16th August, the poster of Judwaa 2 was published on the social media which looks that the film will be complete comedy entertainer of the twin brothers as like in the first part Prem and Raja. In the post of Judwaa 2, it seems that Dhawan is in the two completely different characters where one with the nerdy look with a bag and specs and other with a trendy hip hop outfits and a cap. 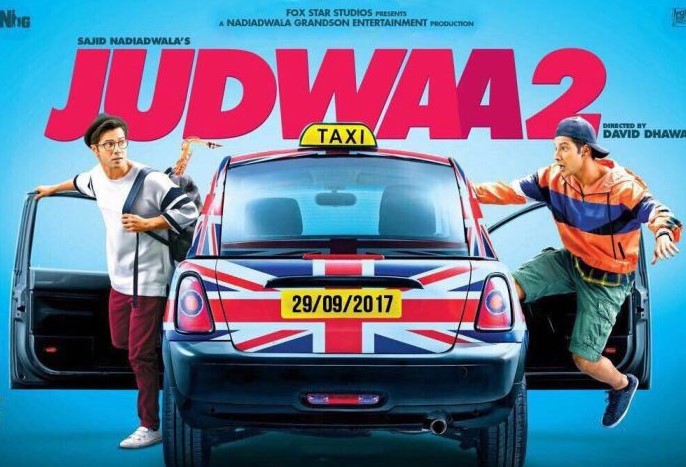 Varun Dhawan tweeted that this the 43rd film of his father David. The trailer of the movie will be released in five days. That is it will be released on August 21st. The movie is expected to release on September 29. The team will soon announce the confirmed date of audio release and movie release dates.

Stay tuned for the audio release date, and movie release date of Judwaa 2 on this website.