JUV vs FIO: In Italian Serie A, the football teams of Juventus and Fiorentina play against each other today in the field. The game will kick start at 5:00 PM IST on 2nd February 2020. The venue of the match is at Allianz Stadium. Juventus is currently leading the table while Fiorentina is at the 14th place.

Fiorentina ended up with 16th place in the last series of Italian Serie which is their worst since 2004. In the last five games, Juventus has won four games and lost one game whereas Fiorentina has won three games, lost one game and drawn one game. Hence in this match JUV vs FIO, it is predicted that Juventus will win against Fiorentina. 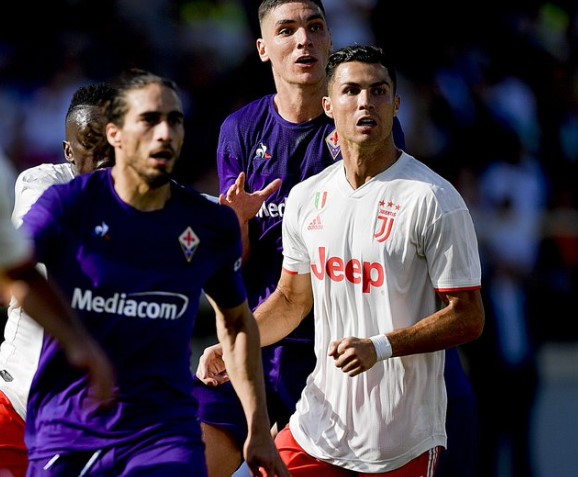 For Juventus, Giorgio Chiellini remains sidelined at the moment due to an injury he suffered at the start of the season. Juve is also without Semi Khedira, Meriah Demiral and Danilo for the home game against Fiorentina.

Fiorentina is still without winger Franck Ribery while key defenders Martin Caceres and Nikola Milenkovic are both unavailable due to suspension. In the last five head to head records between these two sides, Juventus has won four games and drawn one game.