Sun Pictures has produced the film and they released the trailer today. Simran and Trisha play the lead role in the film. 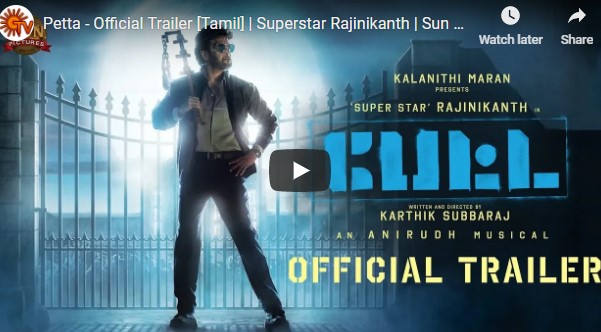 Sasi Kumar, Bobby Simha also play the lead roles in the film. While Vijay Sethupathi will play the bad guy Jithu in Petta, Rajinikanth is said to be playing an aging gangster in the film.

The movie is scheduled to release for this Pongal 2019 and will hit theatres on January 10.