UEFA WC Qualifier 2018: In today’s match of UEFA 2018 World Cup Qualification Sweden and France faces against each other at Friends Arena, Stockholm, Sweden. The match begins at sharp 12:15 AM IST. Out of 20 previous matches between France and Sweden, France has won ten matches in it. The probable playing XI is given below and the confirmed playing XI will be updated on this website soon. 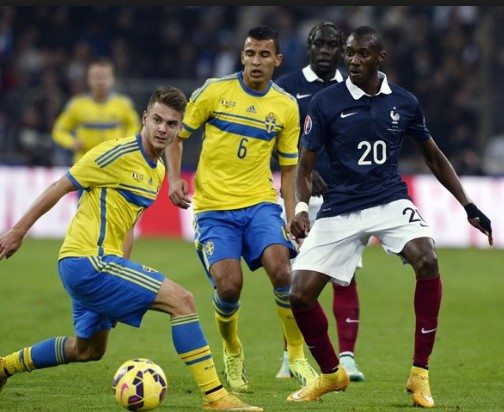 In the UEFA WC Qualification Group A, the team France is in the first position with 13 points and the team Sweden is in the second position with 10 points. Both the teams are more strong and hence it is difficult to predict who will win this match. People can watch and enjoy the live match and get details about the goal updates of the match Sweden vs France wich is broadcasted in the following channels. Sweden vs France live stream will be broadcasted on Fox Sports 2 channel in the USA, Sky Sports 1/HD in the UK, Kanal 5 in Sweden and TF1 in France.