Tamil Nadu Premier League (TNPL) Squad 2017: After the Chennai Super Kings (CSK) suspension, the Tamil Nadu state was recognised with the new T20 cricket tournament. It is Tamil Nadu Premier League, shortly termed as TNPL. This new league was formed in 2016 and the second edition of the tournament is scheduled to begin from July 22 to August 20 of this year. Totally, 32 matches have the fixture in this second version of TNPL. People of Tamil Nadu and the fans can watch this match on Star Sports 1 Tamil.

Whereas, the most of the matches will be hosted by the India Cements Company Ground in Tirunelveli will host 13 matches. Then, NPR College Ground in Dindigul has to play 11 matches. In the least, MA Chidambaram Stadium in Chennai will host eight matches.

So, the officials had just declared the list of TNPL all team squads and the players list. Totally, eight teams will be going to face each other in this tournament. 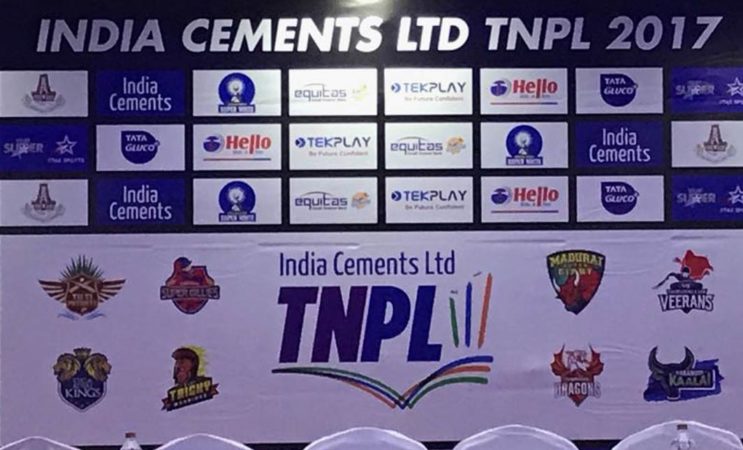 Highlight: In this TNPL tournament, totally 88 players signed from the outside of Tamil Nadu including Yusuf Pathan, Suresh Raina, Piyush Chawla, Rahul Tripathi, Sanju Samson and others. But, no one will get chance ot to play in this TNPL second edition in this 2017.

The opening and closing ceremony updates will be available here. Also, stay tune to get the full TNPL 2017 Schedule PDF on this site.