Velai Ila Pattadhari 2 Teaser: Finally Velai Ila Pattadhari 2 or VIP 2 teaser has been released which is long awaited by the Dhanush fans. The VIP 2 is the sequel movie of VIP 1 which is released in 2014. The main casts are Dhanush as Raghuvaran is back, Amala Paul, Saranya Ponvannan and Samuthrakani leading the main roles as that in part one of VIP. In VIP 2 additionally Kajol a Bollywood actress played an important role. It is a note that she is entering back into the Tamil film industry through this movie after 19 years.

The teaser has been released by Bollywood star Amitabh Bachchan. On speaking about VIP 2 by Dhanush he first wished Sir Amitabh Bachchan Ji for releasing the teaser and he said that the work together with Kajol is really great and had a good time with all. The movie VIP 2 is directed by the younger daughter of Rajnikanth Soundarya Rajnikanth where VIP 1 is directed by Velraj. The music director of the movie VIP 2 Anirudh. The movie is going to release on July 28 which will be the great treat for Dhanush fans and the post production work is going at good speed. 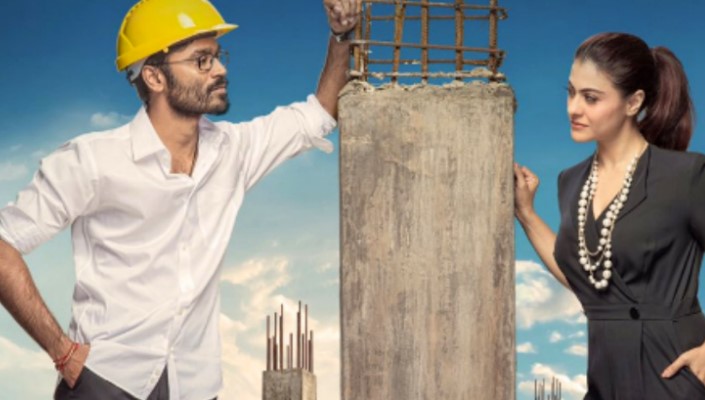 The VIP 2 teaser is of length 39 seconds. They have shown the Raguvaran is back scenes in the fight and romance scenes with Amala Paul but they didn’t show the scenes of Kajol. It is been kept as the secret in the teaser. The first part of VIP is about the Engineering colleges in the state of India and Dhanush (Raguvaran) as an engineering graduate facing a lot of problems in the society. The film finally ends by Raguvaran (Dhanush) becoming a successful Civil Engineer. Thus VIP 2 teaser has a huge response which shows the team that audience are eagerly waiting for the movie.