Bigg Boss Tamil Episode 1: The first day of Bigg Boss Tamil season 2 went well. In the starting, the other contestants found that Oviya is a guest in Bigg Boss house. Then she wished all and moved away from the house.

Bigg Boss played with the contestant Sendrayan, Daniel, Aishwarya by not giving them their luggage. Later at the end of the day, they got their luggage in the storeroom. Yaashika Aanand, Sendrayana and Daniel are the entertainers in the house. Mumtaj seems little arrogant. 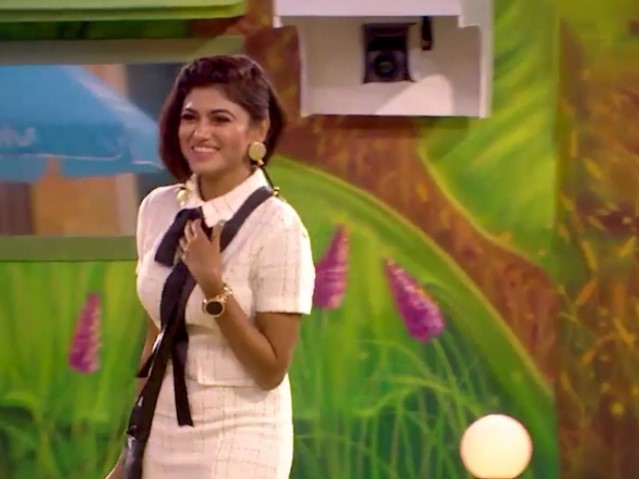 Janani Iyer was cute, charming in the house. Aishwarya Dutta is also the same. Anand Vaidyanathan and Ponnambalam spending their time in singing. Then Bigg Boss had a competition in selecting the leader. In that Mahat, Janani and Mumtaj were the contestants. The housemates mostly voted for Janani and she became the leader of the first week in Bigg Boss Tamil season 2.

She split the three teams Cooking team, Cleaning team and Vessel washing team for the week. Hope the season will be more exciting with the new contestants. All the age group are in the house. So the upcoming will have joy, jealous, fight, enjoyment and it will be a mixture of emotions.

The nominees for the first week of elimination are Ananth Vaidyanathan, Mumtaj, Rithvika and Nithya. People can start voting from today for whom they have to save. It is mostly predicted that Nithya or Rithvika will be eliminated from Bigg Boss Tamil Season 2 in the first week.

How to Vote Bigg Boss Tamil 2?