Chepauk Super Gillies vs Albert TUTI Patriots: In the 12th match of Tamil Nadu Premier League Chepauk Super Gillies and Albert TUTI Patriots are facing against each other today. The match will begin at 7:15 PM IST. The venue of the match is at Indian Cement Company Ground, Tirunelveli. People can watch and enjoy the live TNPL on TV Channels such as Vijay Super TV. These two teams met each other finals of Tamil Nadu Premier League 2016 in which TUTI Patriots won the match.

In the last 10 matches of Chepauk Super Gillies, they have won eight matches and in the last nine matches of Albert TUTI Patriots, they have won eight matches. It seems that both the teams are in the form. In this Tamil Nadu Premier League 2017, TP has played three matches and won all the three and CSG has played two matches and won all two matches. Hence it is predicted that Albert TUTI Patriots will win today’s TNPL match against Chepauk Super Gillies. 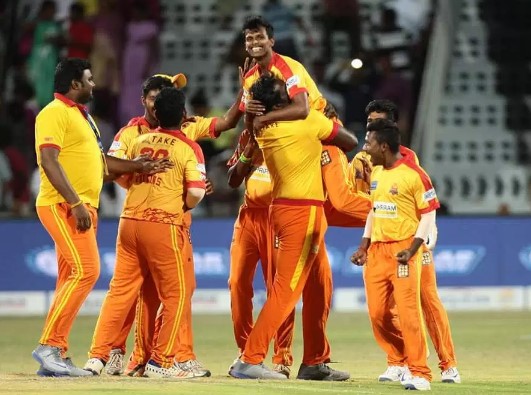